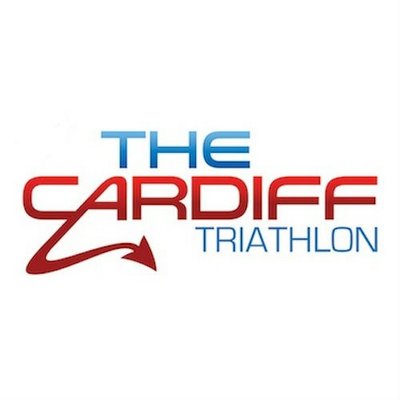 I had unfinished business at Cardiff Triathlon after coming off my bike in 2017. It is always a good race, well organised and plenty of races throughout the day to ensure you have a good day competing and spectating. It was an early start, as we couldn’t get a hotel the night before thanks to Ed Sheeran. The Swim is in Cardiff Bay and I knew that to have any chance of a podium place, I was going to have to get out ahead from the start. It wasn’t good news for me when I took a wrong turn at the buoy at the turnaround point, only a few seconds lost but obviously not part of the plan. The bike leg went well and I came into T2 seconds before Alex Matchett, which was never going to be enough of a lead to hold him off. He passed me immediately after leaving T2 and that was how the race finished. My second race of the Wales Super series and pleased with second place.

My second race of the Wales Super series and pleased with second place.  Bala Triathlon was my third event from the series and it just wasn’t my day. I can’t really explain what went wrong. I felt fine in the morning, it was a gorgeous day, I had all my family there to support me, it was recipe for a great day. I came out of the swim in the lead pack of around 5 athletes, but as soon as I got onto my bike it was clear that something was wrong. I couldn’t hit my power, my legs just wouldn’t push and then I started to vomit, that continued throughout the bike and run. I did consider withdrawing from the race, but I really didn’t want to do that. I persevered and finished in 6th position. Paramedics at the end said that I was suffering from heat stroke. Plenty of fluids and a couple of rest/easy days did the trick. Best leave that race behind me. Lovely race though, beautiful surroundings and one I will hopefully return too.

Long course weekend swim is a spectacular event and one that I will do every year if my race/work schedule allows. It is well organised and the atmosphere is electric. I started at the front to ensure I could stay with the leading pack. There were a few fast swimmers in the lead pack, which included Harry Wiltshire, Ironman Pro and a couple of seasoned open water specialists. My aim was to try and stick with these guys the best I could. I felt comfortable on the first lap, but the second lap was chaos. It is always the same in LCW swim. The faster swimmers catch the slower swimmers on their second lap and there are literally thousands of athletes to navigate past. No complaints, as I knew this was going to be the case. I exited the water in 50.14 seconds in 5th place.

Last year at Ironman Wales I could see the Tenby 10 foot Swim advertised everywhere, a 5km swim from Tenby’s North Beach around to Saundersfoot. It had already sold out last year, so it was one that was on my radar for this year. It is a charity event, so no timing chips or official times, just a lovely event, good opportunity to get some open water swimming under my belt and raise some money for charity. The only down side to the swim was the thousands of jellyfish in the water. I got stung on virtually every area of my body not covered by my wetsuit. The worst being on my face. I finished the swim in 1st place and it was such a nice atmosphere swimming into Saundersfoot beach, full of spectators. It was a fantastic weekend with the NFT coached athletes joining me in Tenby on the Sunday for an Ironman Wales recce day.

Monster middle distance triathlon, the penultimate race for 2018. I hadn’t raced a middle distance event since 2015, my first 70.3 in Lanzarote, so I was really looking forward to this. I’ve had a little niggling injury in my Rectus Femoris, that has been causing some discomfort but other than that I was raring to go. The swim was in a river so it was straight out and back, great for me, I couldn’t get lost or take a wrong turn, what I hadn’t considered was the wind taking the buoy down river and having to  swim 1km too far. I thought at the turnaround point that this was possibly the slowest swim I’d ever done but on exiting the water I could see on my watch that I had done nearly 3km. The wind on the day was very strong and in fairness to the organisers they did email everyone with an apology the day after the race.

Catrin had been telling me for ages that I needed to master the flying bike mount because it looked good, so I gave it a go. Fail!! Attempted it, leg hit the bottle cage on the back of my saddle, snapped it off and left me with one bottle for the duration of the bike leg. Great!! I was out in front on the bike course and I felt ok, road surfaces weren’t great, in fact they were awful, but it’s the same for everyone. Coming back into T2, the run and my quad injury were definitely on my mind. I knew that I had a lead, but I didn’t know how much and I knew that I was going to have to run quickly to keep 1st place, as there were some very strong runners in the field. The run was an 8 lap course, yes 8 laps!!, which allowed Catrin to constantly feedback information on how close 2nd place was, he was closing every lap but I managed to keep the lead, finishing in a time of 4 hours 25 minutes. It was a brilliant weekend and race, one that I would recommend to others.

Just over 6 weeks now until Kona and I’m pleased to have got the monster middle distance under my belt. My quad still isn’t right, but does seem like it is getting better. More acupuncture and rehab should do the trick. I have another solid block of training and a training camp in Majorca before my taper, so fingers crossed everything goes to plan and I can perform on the Big Island. I will try and write a few small blogs in the lead up to Kona whilst I am out there, so keep an eye on my Facebook page for updates and photos.

I am looking forward to Ironman Wales and spending the weekend  watching NFT coached athletes and friends take on the challenging course in Tenby. I will be down there supporting, so if you see me around pop over for a chat. Good luck to all those competing, lets keep our fingers crossed for some decent weather! IRONMAN LANZAROTE ‘The Toughest Ironman in the World’

IRONMAN LANZAROTE ‘The Toughest Ironman in the World’